Why we need space for nature on farms 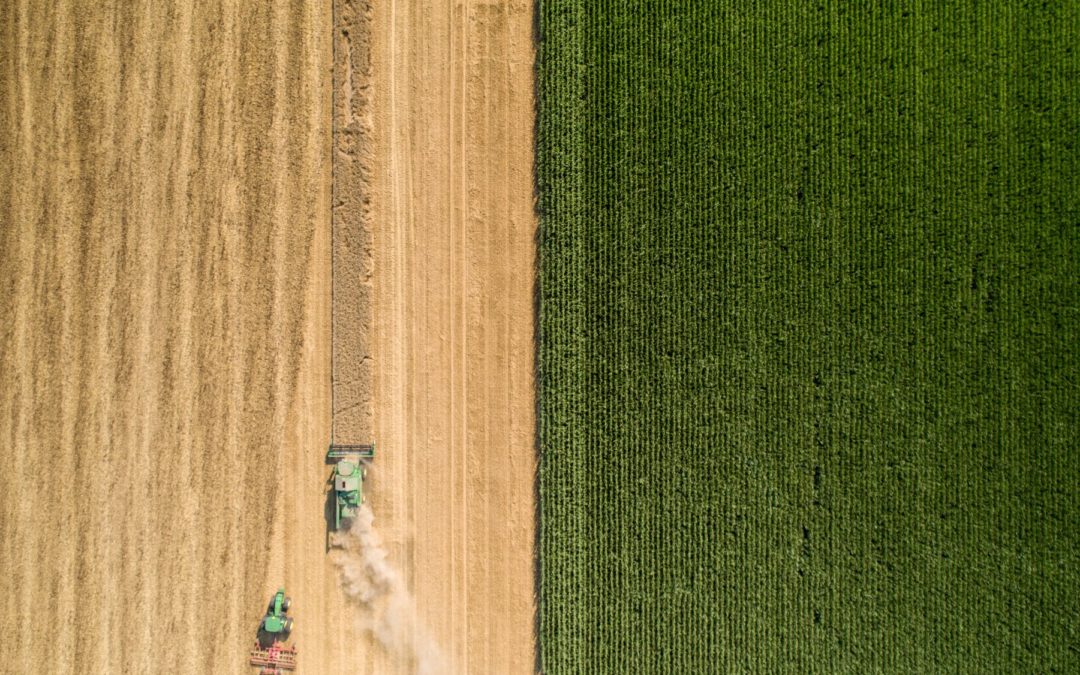 10/04/2020 | Science
In order to survive, birds and bees, fauna and flora, need space: a natural habitat, a home. This simple yet fundamental need is being trampled upon by intensive agriculture. Intensive, pesticide-dependent monoculture farming is destroying nature at an alarming rate: we are now in a biodiversity emergency. It’s time to reverse the trend: we must make space for nature. Specifically, we need to dedicate at least 10% of space for nature on farms. And a real EU Green Deal can make that happen.
Nature is in deep trouble. While temperatures rise, extinction rates are tens to hundreds of times higher than they have been for tens of millions of years. Scientists say we are already in the midst of a sixth great mass extinction. Nature, life on Earth, is being wiped out.
In Europe, agriculture is the main cause of species and habitat loss. In the past 40 years alone, our system has contributed to wiping out 57% of Europe’s farmland birds.
Birds are an indicator species: being at the top of the food chain, they reflect more generally the trends in our biodiversity. Up to now, policies such as the EU’s Common Agricultural policy have been making the problem worse by pushing and supporting the intensive chemical-input based model of farming over nature-based systems. This must change now.

A danger for wildlife and food production

A stream of recent studies has shown that the loss of nature is even reducing farmers‘ yields, whereas bringing it back can have a positive effect. A thriving wildlife helps us produce food by pollinating crops, and providing natural pest predators, helping the move from dependence on agro-chemicals that work against nature, to working with nature. We must therefore get beyond the false dichotomy that measures to restore nature will harm food production, and realise that the viability of food production—and much beyond—in Europe is dependent on functioning ecosystems.
The EU therefore needs to take urgent action to avoid wiping out birds, insects and other wildlife in the coming years. Thankfully, we know the solutions we need – they just need to be implemented.

Just like you and me, nature needs a home. Wild animals require habitat for breeding, sheltering from predators and sourcing foods, such as: hedgerows, flower strips, field margins, ponds and fallow (uncultivated) land.
The problem is, intensive agriculture leaves no space for natural habitats: in fact, it destroys them. And this is driving the biodiversity crisis on a massive scale. Birds, insects and biodiversity in general is being wiped out. Large areas of Europe have lost over 75% of insect life in just twenty years. This goes equally for arable farms as for grasslands and permanent crops like olive groves and vineyards which have also undergone intensification in Europe, to the detriment of biodiversity.
Studies from across Europe show that if a minimum of 10-14% of agricultural land were to be left to nature, then birds, and thus other wildlife, would recover.
10% is a damage control limit. Below that number, animals simply do not have enough space to ensure their survival. Above 10%, however, it is astonishing how quickly biodiversity can bounce back. A recent study in Germany found that the number of farmland birds could increase by 60% if we increased the proportion of fallow land to 10% of Germany’s agricultural area, with a corresponding reduction in the area with maize crops, as was the case at the beginning of the millennium.

Space for nature is a climate solution

More good news: space for nature is also positive for the climate, as hedgerows and natural vegetation provide carbon sinks. As soon as land is ploughed, carbon is released. Natural vegetation is also beneficial for water, acting as a buffer between cultivated fields and watercourses. Hedgerows and trees also help prevent soil erosion and floods, when implemented in the right area.
While 10% is the minimum space needed for nature on individual farms; at landscape level, 26 to 33% may be required for wildlife to recover, as certain species need a larger area to roam.

The EU spends over a third of its budget, around €60 billion, on the Common Agricultural Policy (CAP): its farm subsidies programme. Most of the money goes to so-called ‘direct payments’ to farmers: and the bigger your farm is, the more money you get… with barely any strings attached.
This needs to change now. We must use our money to support nature-friendly farming, not pay for business-as-usual intensive farming.
Right now, the next period of CAP funding (2021-2027) is being negotiated – in parallel to discussions on the post-2020 EU budget, including how much will go to farm subsidies and which conditions they will have.
BirdLife Europe calls for all farms that receive the CAP’s basic income payments to dedicate at least 10% of space for nature. The additional natural habitat that is required at landscape level can be met through additional payments to farmers.
Requiring space for nature on farms is not unprecedented: until 2008, it was compulsory for all farms in the EU to leave 10% of their land fallow (without cultivation). Whilst intended to combat overproduction rather than as a biodiversity measure, several studies now show that it had a significant positive impact for wildlife.
Nature desperately needs us to get it right this time. If we are locked into this perverse system for the next seven years, the consequences will be catastrophic.
In 2027, we simply will not have the luxury of reversing 7 more years of nature destruction. Tipping points will have been reached. Ecosystems will have vanished. That’s why we so desperately need space for nature now.
One outrageous thing about the destruction of nature is that it is so avoidable. We should be doing everything in our power to beat the crisis. A truly nature-friendly CAP is a golden opportunity that the EU, its citizens, its fauna and flora cannot afford to miss.
By Harriet Bradley, EU Agriculture and Bioenergy Policy Officer
Source: https://bit.ly/2JViXBj
1